Students and staff weigh in with predictions for tonight’s game 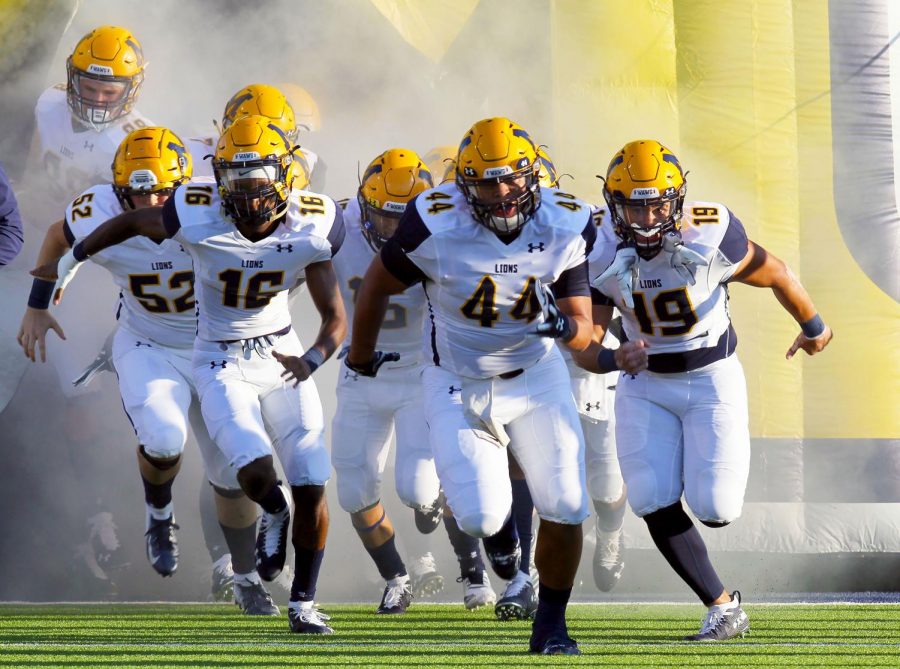 Tre Pearson leads his teammates onto the field.

Opinions are students’ own and do not represent ManestreamNews.

Leila Wyatt, Senior
“Based off of last year, I think we’re gonna do good. But at the very end we might lose. However, I still have hope we’re gonna do better.”

Ariana Palomo, Junior
“I think they’ll win. I hope, but I don’t know because it’s the first game.”

Korbin Snellgrove, Sophomore
“The Lions are going to demolish the other team. I think the Lions’ running game is going to prevail over the weak-sided defense of the bulldogs.”

Johanna Maldonado, Freshman
“I believe the Lions will take the victory. I think we’ll win by a lot.”

“My prediction is: we’re gonna have a great time. Our fans are gonna show up with great class. Everybody that is participating is gonna be classy about whatever happens.”