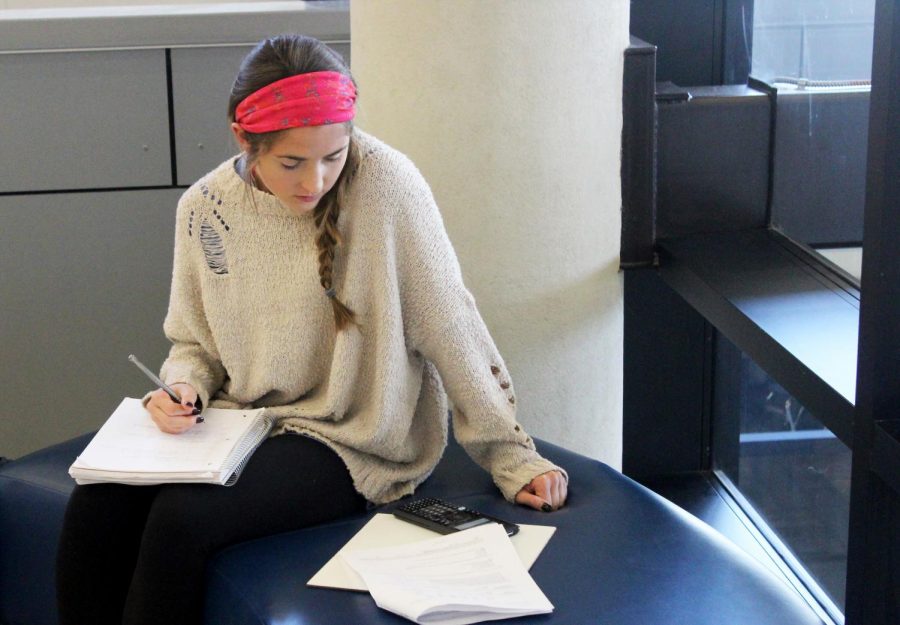 After a district committee enacted a new policy that allows students with high grades and regular attendance to miss finals, students had incentive to come to school. Student activities, half-day doctor appointments, college visits and religious holidays count as excused and do not impact a student’s ability to miss finals. However, full-day absences supported with doctor’s notes or parent notes take away from students’ ability to miss. Finals are the week of June 4.

The district should allow doctor’s notes to excuse full-day absences, because more students have started coming to school while sick, and the district’s policy boosts short-term attendance numbers while neglecting the negative impact to the school.

Flu season started early last year, the predominant strain (H3N2) being associated with more hospitalization and deaths. Though its contagiousness starts before symptoms show, students coming to school with the flu will ensure the flu’s spread. Although this seems like a national, faraway problem to the district, Melissa ISD, only 9.6 miles away, shut down to disinfect the premises because of the flu. Encouraging students to continue coming to school regardless of health suggests good attendance numbers are more important than student wellbeing.

Also, finals are supposed to capture a student’s understanding over a semester. Attendance does not dictate whether a student has worked hard, and this policy would give an advantage to the students with sheer luck. Hard-working students put in any disadvantaged situation—a car accident that requires surgery, a very bad case of flu—lose a reward they have earned, while students that slack off more but are able to make it to every day of school won’t have to take their final. Because the policy does not distinguish the amount of work a student does, it suggests as long as a student comes to school, it doesn’t matter what they do after they’re counted present.

Finally, school is supposed to provide a safe and comfortable environment for students to learn. Incentivizing disregard of their health promotes an environment that works against the students. Recovery from sickness would be slower, as there is no time for the body to rest and fight off disease. And, in a bad case of flu, students might be too busy coughing and sneezing to pay attention in class.

Those in support of the current policy suggest final exemptions are a reward, and students who do not qualify are simply doing what they would’ve done before the policy was enacted. However, students should not have incentive to come to school sick. They should not feel that staying home is wrong, regardless of reason.

Those in support of the policy also suggest the three days for a 90, two days for an 80, and one day for a 70 facet distinguishes between hard-working and less devoted students. Yet, that doesn’t erase the circumstances required to meet these guidelines.

This policy exists so short-term attendance numbers will improve and the school rating will increase. It’s not about rewarding students. To be fairer, the district should allow students with good reason to appeal for the exemption. But, really, it would be an ill-fated decision to make doctor’s notes count as unexcused absences.