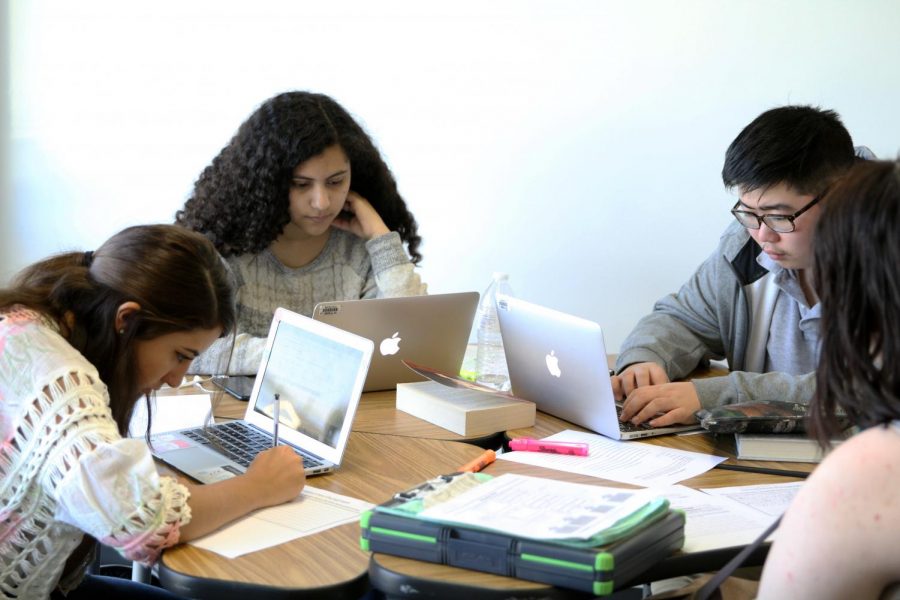 Speed. They are speed.

Zipping across the tire-marked speedway, the cars race against each other, but focus on one goal: finishing the race. They have no purpose unless they reach the end.

For years, pit stop teams influenced which cars would win. They would go slow on purpose and forget to refill gas for some, and work as fast as possible for others. This caused certain cars to have unfair advantages, and fans were distraught when they saw their favorites lose.

Yet, this injustice forced the people in charge to create a new rule. Pit stop teams had to treat every car equally.

Ever since the creation of this rule, the race has benefited the whole crowd. Every car reaches its destination equally, and everyone’s favorite wins for them.

But now, the people in charge want to take away the rule. They say the cars aren’t paying to participate anymore, so they have lost money.

It would make sense to take away the rule. However, in real life, this isn’t just a race. The people in charge aren’t there to make profit, and the cars themselves have a greater purpose than making fans happy.

Instead, the crowd is U.S. citizens. The cars are every site on the internet. And the people in charge—the U.S. government—want to take away equal access to an open internet.

The government should not take away these regulations.

If the FCC follows through in its plan to reclassify internet service providers (companies like AT&T and Verizon, the pit stop teams of money and power), ISPs will have the power to do two damaging things to the internet as we know it.

First, they could control speeds on different websites depending on how much those websites pay them. This means the cars with the most money have the most advantage. Binge-watching sessions could come to an end if Netflix angers a certain provider or doesn’t pay enough, as that provider could slow speed on Netflix (hours of buffering) and then speed up access to a streaming website of their own (say hello to online DIRECTV). Basically, no one can choose the car they’re cheering on—they’re stuck with whatever the big companies choose.

The consequences of this reach further than impacting people’s ability to watch season two of Stranger Things. Small businesses and online start-ups unable to pay providers due to simple lack of money will experience slower speeds, lessening their ability to grow. Marginalized groups like the LGBTQ community and different groups that use smaller websites to connect with each other lose the opportunity to feel more comfortable with their identities in speaking with people of similar experience.

Secondly, ISPs could charge individuals for access to websites. That’s right—the crowd has to pay to support their favorite race cars. Just like cable now sells channel packages, the internet could turn into website packages. Pay for the social media bundle to keep watching those vine threads on Twitter. Pay for the music bundle to listen to your new discover weekly playlist on Spotify.

To overlook the disadvantage for those in poverty would be parochial. Children born into poverty, trying to climb out using their education, won’t be able to afford the research website package. They can’t be left behind because of their circumstance. Emails are an expected resource for a career in the present day—parents who can’t afford to buy basic necessities won’t have the resources to spend on a communication bundle. Charging access to websites benefits one sole group: those gaining profit. U.S. citizens shouldn’t be subject to a monopoly like this.

Arguments for taking away regulations began with the new FCC chairman, Ajit Pai. He plans to institute rules in which ISPs have almost no enforceable regulation. He argues that rules have caused a decrease in government investment. However, this claim has no value. Media outlets have disputed the numbers he provided in support.

Also, he argues that the government shouldn’t interfere with the private sector. This partisan belief clouds the fact that the internet has become a necessity. Every high school student in McKinney ISD knows the consequence of an internet malfunction, especially when their Canvas doesn’t accept late assignments. Reshaping the internet to benefit providers would shake education along with almost every career field.

To undo regulations would be to rebel against American spirit. Entrepreneurship and growth would be stunted as this former Verizon lawyer caters to big business.

As citizens (yes, even students are citizens), people can contact their elected officials and comment on the FCC site here. Let’s keep cheering for the cars we love and keep the internet neutral.